GTA 5’s roleplaying servers are a big part of what makes the game so appealing. They provide players with the ability to fulfill fantasies such as cops and robbers, plan online bank robberies, or form factions that rule parts of the open-world game. While Rockstar and Take-Two have long practiced silence on this independent part of their Gangstar game, the framework conditions for such projects have now been announced – in the meantime, normal servers are allowed to continue in their current form, while cryptocurrencies, NFTs and loot boxes will be added to the pass should go.

Rockstar recently answered the question of whether or not third-party GTA roleplaying servers are allowed in GTA Online. Although the developer fully supports the creativity and the community behind these servers, they have established some rules for players to follow.

“Take-Two’s enforcement policies will be consistent with our current policies on PC single-player mods,” Rockstar said in a statement. This means that the focus will be on the misuse of rock star marks and intellectual property, actual marks, characters and music. But above all the sale of loot boxes for real currency or its in-game equivalent.

It doesn’t end there either, as Take-Two says, the legal action can also extend to virtual currencies. Anyone integrating such in-game currencies, including “cryptocurrencies or crypto-assets (e.g., “NFTs”)” should be cautious. Additionally, there was a ban on creating new games, stories, missions, or maps and the freely interpretable clause: tampering with official multiplayer or Take-Two’s online services.

While that all sounds pretty harsh, Rockstar and Take-Two have every right to protect their property. It also prevents third parties from making money from their creation by selling virtual currencies, bypassing Rockstar.

Rockstar also clarified that role-playing servers are generally allowed: “Rockstar Games has always believed in the creativity of fans and wants developers to be able to show their passion for our games. Third-party role-playing servers are an extension of the rich offering of community-created experiences in Grand Theft Auto that we hope will thrive in a safe and user-friendly way for many years to come.

However, it is important to note that this does not constitute an endorsement of any particular RPG server, and Take-Two may take action against any third-party project in its sole discretion.

How do you like this article? GTA RP servers are tolerated by Rockstar – NFT, cryptocurrencies and loot boxes are not 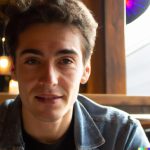 Even before playing with friends on PS1, games always made me feel special. Once Gran Tourismo and now no longer Forza, I still love racing games. But I also like to try my hand at all the other genres!