After yesterday’s interest rate decision by the FED, as expected, was only a 0.5% hike instead of the previous 0.75%, new hopes for a quick easing monetary policy have not been raised. Many market participants were hoping that Powell would already announce the end of the adjustments for next year. But that was not the case. On the contrary. Powell offered little hope, hinting that he would not rest and would continue to raise interest rates until a target inflation rate of 2% could be achieved again. Of course, it also had a significant impact on the mood of the crypto market. STEPN’s GMT is one of the biggest losers, down 5%.

FightOut takes the Move 2 Earn concept to the next level. Be there from day one and get your $FGHT in advance.

After the hype surrounding STEPN last year, the project is currently rather quiet. The idea behind it is brilliant. The Move 2 Earn concept is intended to pay app users for cryptocurrency movements using Sneaker NFT. STEPN runs on multiple blockchains and therefore has multiple tokens. GMT is the governance token and can be earned through movement once you have leveled your NFT sneaker to level 30. As soon as the player’s energy recharges (every 6 hours) you can resume running or walk and earn your coins. Mystery boxes and many other features you can discover on the go add a bit of variety to the action. 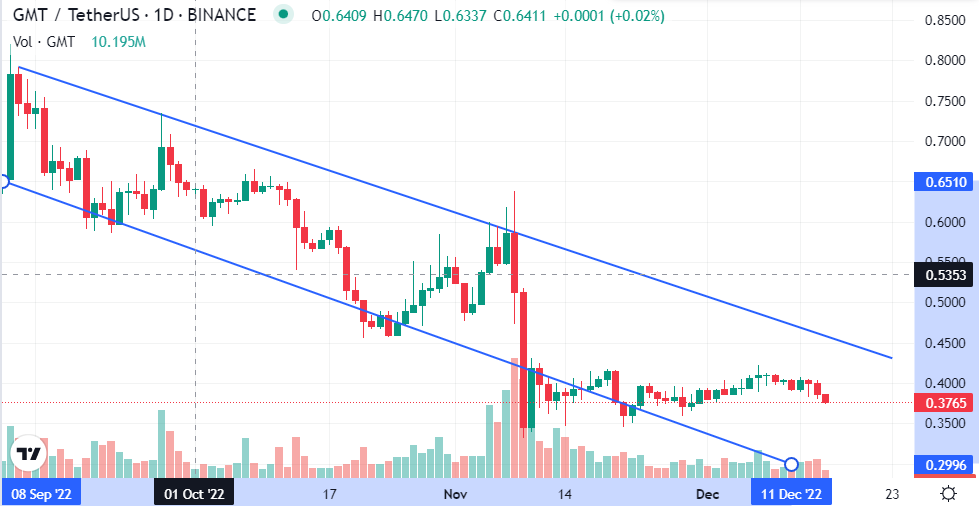 FightOut is a next level Move 2 Earn app. Take advantage of the presale now and this time be there from the start when the $FGHT token unfolds its potential.

This started a mega trend last year and social media was filled with people sharing their successes and earnings. This created momentum that pushed the GMT to its all-time high of $4.11. In-game GST tokens, which are burned during gameplay for repairs and upgrading, were traded at significantly higher prices. An NFT sneaker to boot costs thousands of dollars and late jumpers are still trying to recoup their investment and keep running every day. Today, however, only for penny amounts and not for hundreds of dollars a day, as was the case last year. GMT is currently trading at $0.377, more than 90% below its all-time high. The coin also dropped out of the top 100 and is currently ranked 116th with a market cap of over $226 million.

Even if STEPN is slowly retreating more and more, it is of course not without reason. The idea of ​​the Move 2 Earn concept is extremely popular and one of the reasons why STEPN has fallen out of favor is of course the upcoming contest. Cooperation with well-known sportswear manufacturers, fitness studios and many other potential partners not only brings a lot of capital, but also more and more people who come into contact with the crypto space for the first time. This has a positive effect on the whole market. The potential of this sector is enormous.

FightOut – The alternative in the coming year?

Move 2 Earn is still in its infancy. If you think carefully about the concept, health and finance can be combined here. In addition to sporting goods manufacturers, many other financiers could of course get involved, as it has long been clear that the health sector will have to focus more on prevention in the future, instead of getting involved. only when the problems are already there. FightOut takes it a step further and is not just about walking or running. 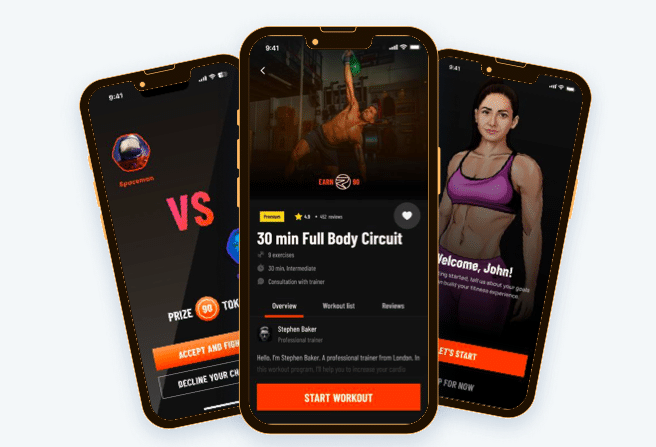 Secure your $FGHT tokens in advance now. Millions of pieces sold in a very short time. Enter now in time.

The app is especially great for the many people who drag themselves to the gym every day. Using Avatar-NFT will move you here into a metaverse. What’s good: Real-life workouts are entered into the app and also shape your avatar the way the workout affects it. The crowning glory is rewards in the form of $FGHT tokens.

While many Move 2 Earn apps have the problem that they can only boost their course by increasing the number of users and the interest in participating disappears once the course is over, FightOut provides a solid solution here. The fact that you move around the Metaverse with the avatar benefiting from the workouts performed with the app does not make users give up easily. More importantly, the powerful utility brought by FightOut will keep users coming back on their own accord. 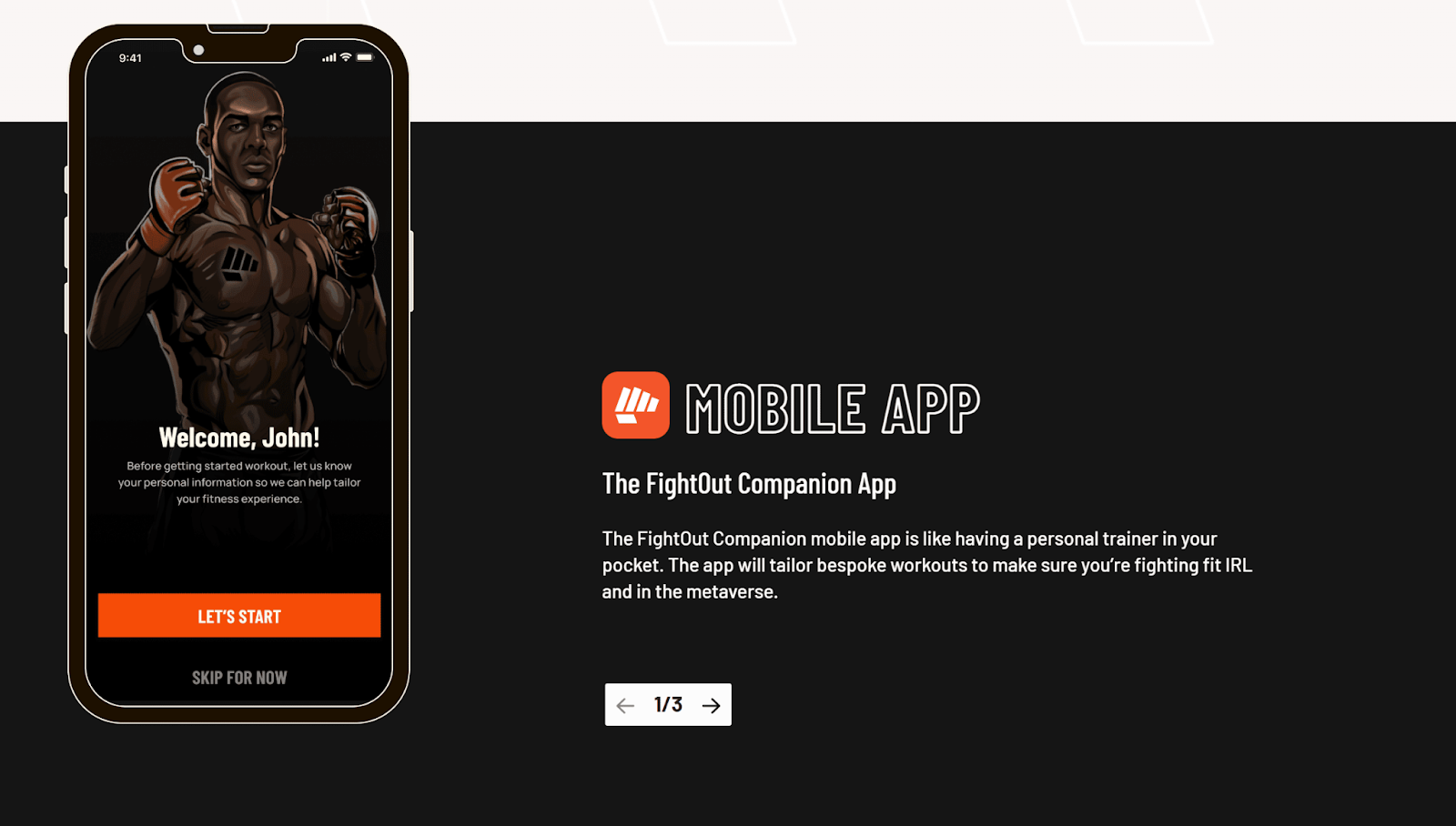 Reached over $1 million in a very short time in the presale: $FGHT tokens quickly sold out. Get $FGHT in your wallet now at the presale price.

While in Move 2 Earn you could only earn money by walking, which rarely requires help, in FightOut you get bespoke training plans based on the data you enter. This use case would attract users even without a coin reward. Coupled with the fact that completing challenges earns $FGHT tokens, FightOut has the potential for a massive price explosion over the next year.

Currently, the $FGHT token is available for presale. One USDT currently costs $60.06 FGHT. Almost 1.5 million USDT was implemented in a very short time. The token is quickly exhausted and if you want to be there from the start, you have to hurry. The past has repeatedly shown that coins explode in price after they pre-sale when they launch. Previous Move 2 Earn projects have already raised huge amounts of money and FightOut takes this concept to the next level. An increase of several thousand percent over the presale price cannot be ruled out here. 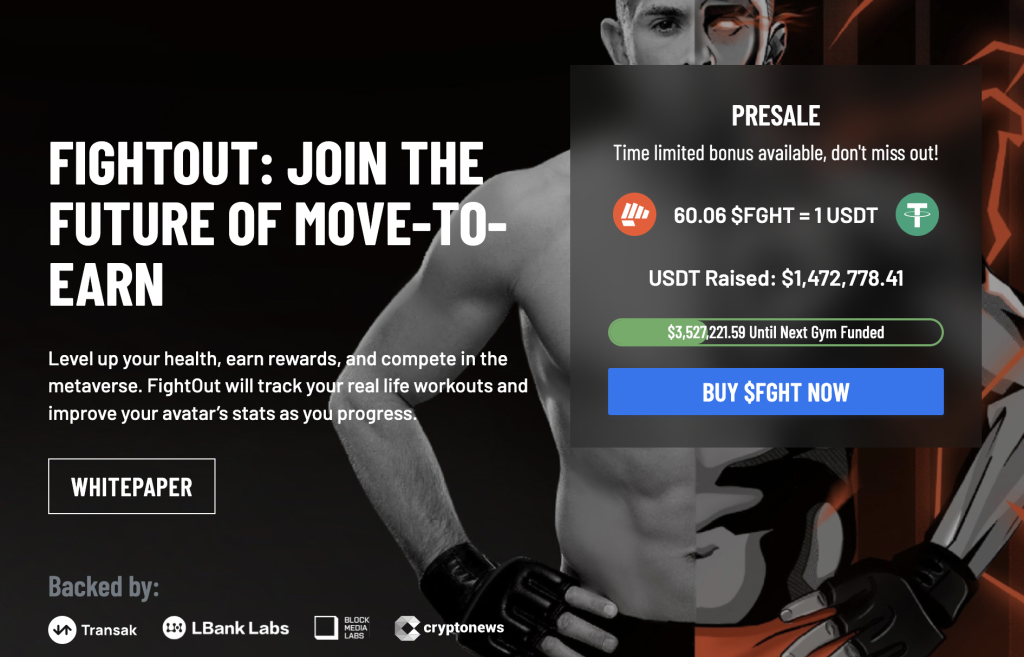 Note: The investment is speculative. When you invest, your capital is at risk. This website is not intended for use in any jurisdiction where the trade or investment described is prohibited and should only be used by persons and as permitted by law. Your investment may not be eligible for investor protection in your country or country of residence. So do your own due diligence. This website is provided to you free of charge, but we may receive commissions from the businesses we feature on this website.