Investing.com – As Binance struggles with capital outflows and Bloomberg’s Cathie Wood confirms its $1 million price target, new ammunition has been given to those who see the crypto market solely as a tool for criminal activities.

It has now been 13 years since the BTC blockchain began operations. The developer(s) are still not known beyond doubt – only the pseudonym Satoshi Nakamoto is associated with the creation of bitcoin.

Cryptocurrency proponents like the idea of ​​having a currency that is not controlled by any government or central bank. Opponents, on the other hand, see Bitcoin as the perfect, anonymous payment option for criminal activity. You can find confirmation of this thesis on the Darknet, where countless illegal goods and services can be purchased for cryptocurrencies.

It is indisputable that Bitcoin is used for illegal transactions. But it could even be that it was developed for this sole purpose. Martin Shkreli seems to be convinced of this. From his point of view, Paul le Roux is at the origin of the development of Bitcoin.

In the 1990s, Le Roux developed the open-source encryption software E4M, on which Truecrypt is based. According to Edward Snowden, even the NSA struggled with this. However, Le Roux was never able to take advantage of it.

In 2002, he disappeared from the scene and set up an international cartel. In addition to smuggling guns, he trafficked tons of cocaine and made hundreds of millions of dollars a year through a network of online pharmacies for prescription drugs.

According to unconfirmed statements from those around him, he planned to smuggle Gaddafi into South Africa and launch a coup in Seychelles. It is confirmed that the UN Security Council took care of his organization.

Journalist Evan Ratliff has published a non-fiction book titled “The Mastermind” in which he divulges his research on Le Roux.

The encrypted message attached to the transaction indicates:

“This transaction was made by Paul Leroux to Hal Finney on January 12, 2009 #bitcoin”

For the crypto community, this is not proof. Just an indication that someone has access to the private key to the late Hal Finney’s wallet.

Although the content of the encrypted message has been verified by the community, it is clear that the transaction did not take place on January 12, 2009. According to Gregory Maxwell, the signature used was only introduced on the blockchain years ago. later. The proposal arrived in mid-2013.

Although there are inconsistencies, a bland aftertaste remains. Should an obviously brilliant programmer who became one of the biggest cartel bosses in the world be behind the development of bitcoin? It would certainly have solved some of its biggest problems – money laundering and money transfers. 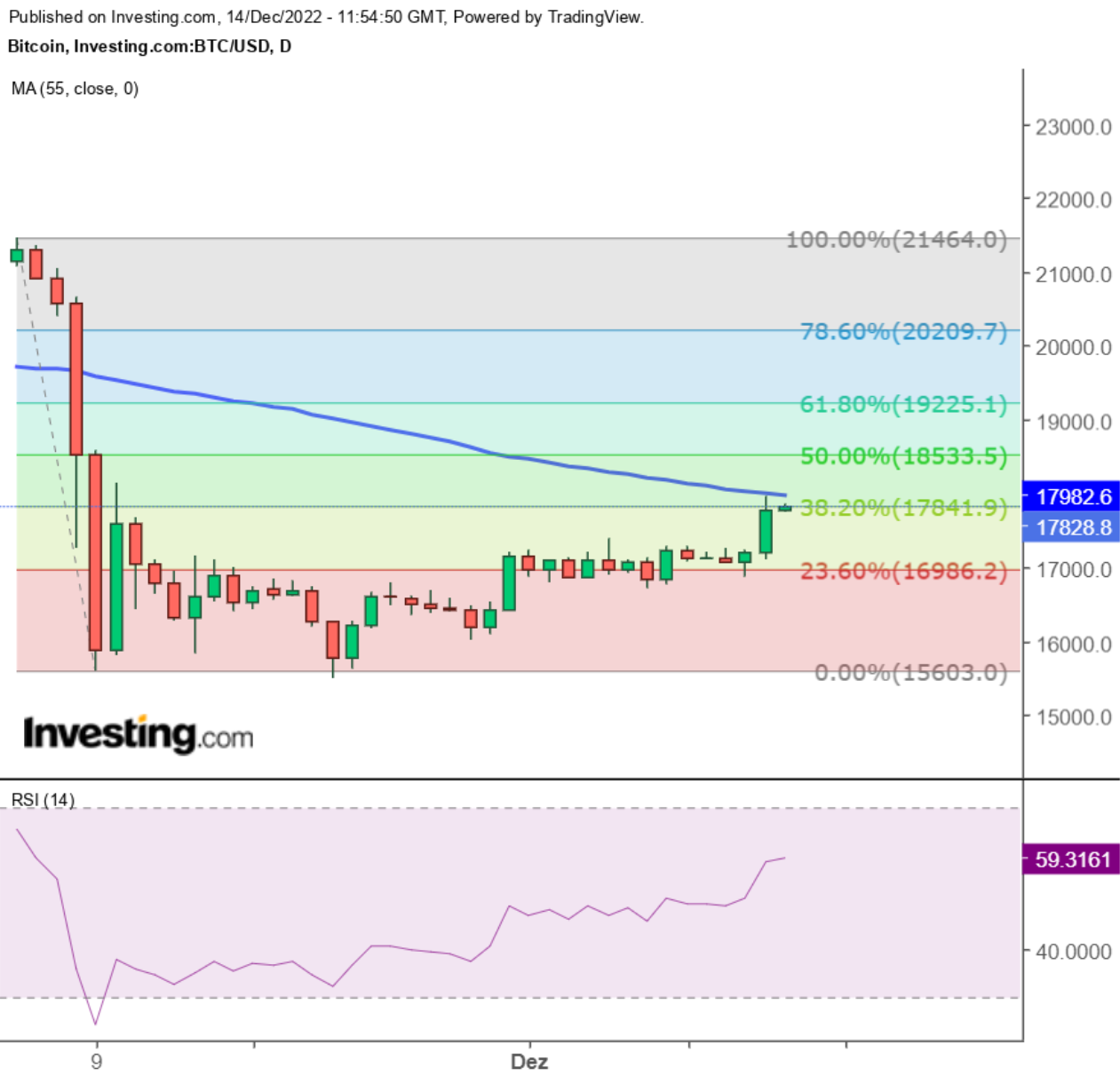 On the other hand, if there is a sustained decline below the 23.6% Fibo retracement, focus will shift to the low found at $16,013.